When the Second Vatican Council invited all the religious families to undergo a renewal and return to the origins of their foundation, the International Franciscan Conference of the Brothers and Sisters of the Third Order Regular of Saint Francis willingly complied.

Some members of these institutes felt the need to refresh the Rule to make it more appropriate to the needs of today’s world.

In March, 1982, some 200 Superiors General came together in a General Assembly in Rome.

John Paul II exhorted them to profess their fidelity and submission to the Church in the ways of Saint Francis.

A new revised text of the Rule was presented to Pope John Paul II, who promulgated it with the brief, “Franciscanum vitae propositum” in December of that year.

The Superiors General also expressed a wish to establish a permanent structure that would enable them to consolidate the bonds that had been created by their shared Franciscan heritage, and in order to be able to continue the work they had begun together. This structure was established and approved in the 1985 Assembly of 130 Superiors General.

Over the years since its initial approval, the STATUTE has undergone several adjustments which have, in their turn, been approved in the subsequent General Assemblies.

Once canonically established, the International Franciscan Conference – TOR was recognized by the Congregation for the Institutes of the Consecrated Life and the Societies of Apostolic Life (CICLSAL) on May 6, 1989 (Prot.Sp.R.648/86). The headquarters of the International Franciscan Conference offices are at Piazza del Risorgimento, 14, Rome 00192, Italy.

The Council guiding the Conference

From the very outset, the Council guiding the Conference has spared no effort in its commitment to consolidate the bonds between the various Franciscan institutes and their shared Franciscan spirituality. To this end, the principal instruments employed have been the itinerant school for Franciscan formation, offering courses on a repeating basis (for example in Kenya, India, Brazil, Croatia and France) and with the publication of PROPOSITUM.

The Council established by the 2005 General Assembly focused its energy on ensuring the continuing support of the Conference for formation in the Franciscan spirit through the itinerant school, with two courses; one in India and the other in Kenya.

The subsequent Council, set up by the 2009 General Assembly, chose to concentrate on the twice-yearly publication of PROPOSITUM as a medium for formation. They committed themselves to a deepening study of how the evangelical TOR Franciscan life can become a force for change in the 21st Century, just as it was during the lifetimes of Saint Francis and Saint Clare.

In reflecting upon the significance of our vows and how they are perceived, as well as the four basic founding values of the Rule of the Third Order Regular, brothers and sisters of various diverse cultures have made a great contribution to this study. The ultimate objective of this work was to help us understand how the evangelical counsels can serve as a presence to inspire and invite young people to want to live their vows as a new form of consecrated life, based on the TOR Franciscan charism. To this end, religious in temporary vows were addressed, and invited to express themselves by means of a questionnaire.

Their thoughts and views on the subject were collected and published in the first issue of volume 16 of PROPOSITUM of 2013.

At the 2009 TOR General Assembly, the Council expressed concern about its responsibility for improving its service to the many religious who profess the TOR Rule.

The Council, elected during the 2013 Assembly, has requested the congregations registered in the Conference to outline their formation requirements and to indicate those areas where they most feel the need for improvement.

The 25th anniversary of the Rule

The celebration of the 25th anniversary of the Rule was an occasion to remember that the offices of the IFC-TOR held a great wealth of documentation on the subject; a treasury that should be preserved and made available to the Franciscan Family, and in particular the experts in this material. The General Assembly authorized the Council to computerize the documents pertaining to the revision and elaboration of the TOR Rule, and to find an appropriate archive in one of the Franciscan Study Centers or some Franciscan University, where the originals could be safely stored and yet remain accessible to anyone who might wish to consult them. Since April, 2012, this documentation can be found at Saint Bonaventure University in New York.

Link to the website of the project of Saint Bonaventure University

Also relevant to formation, in the course of the 2013 and 2017 TOR General Assembly there was a general distribution of the Resource Manual for the Study of the Third Order Regular Rule, in English. It was edited by Sr. Kathleen Moffat, OSF, Sisters of Saint Francis of Philadelphia, Aston, PA, and issued by the International Franciscan Conference, TOR – Piazza del Risorgimento, 14, Rome 00192, Italy.

The desk of Manual Tor, distribuited during the General Assembly

Timeline of the Conference's Elected Council 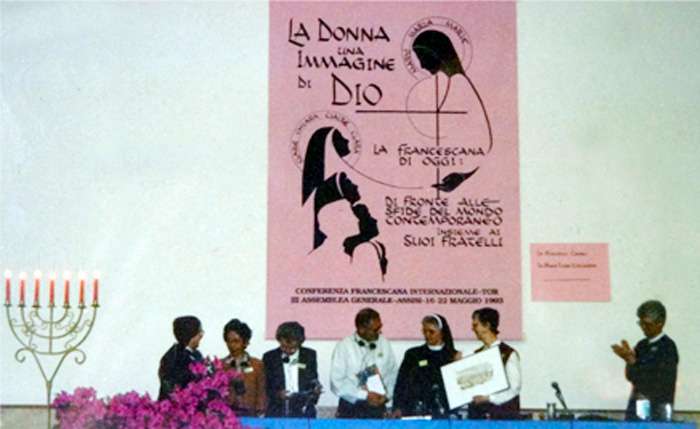 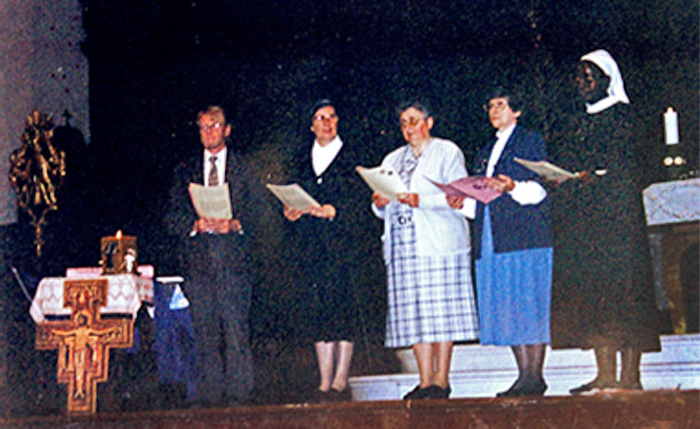 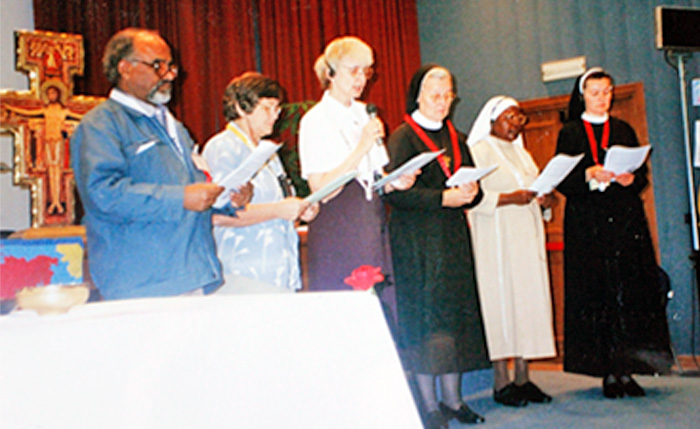 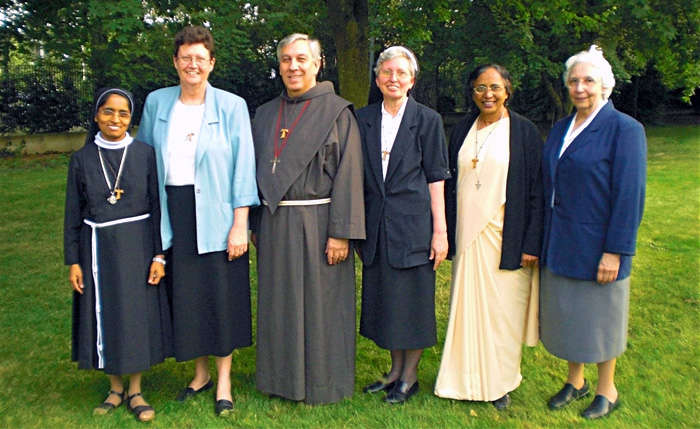 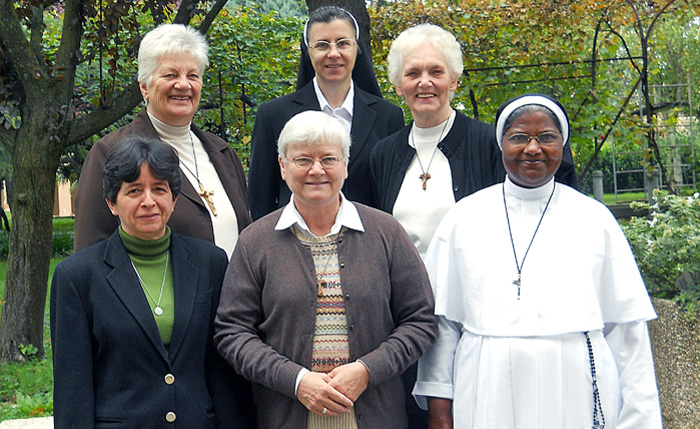 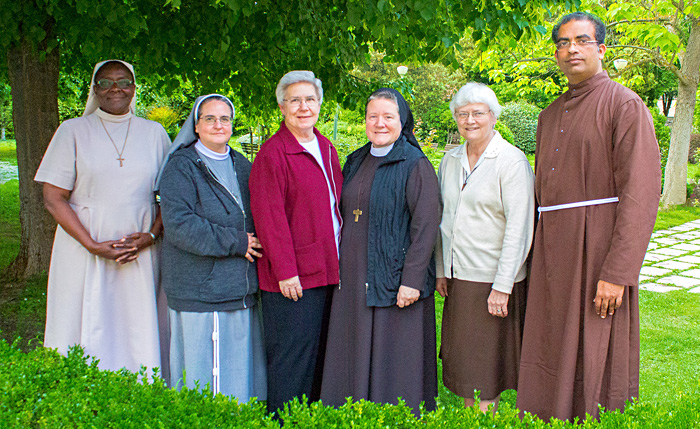